Shamrocks, otherwise also known as Oxalis, have symbolized many things throughout history. Legend has it that the leaves of the four-leaf clover symbolize hope, faith and love, and God added another leaf for luck. The shamrock has a rich history in Ireland, including religious and political symbolism. An icon of Irish pride and culture, the shamrock is the most recognized symbol of the Irish, especially on St. Patrick's Day. 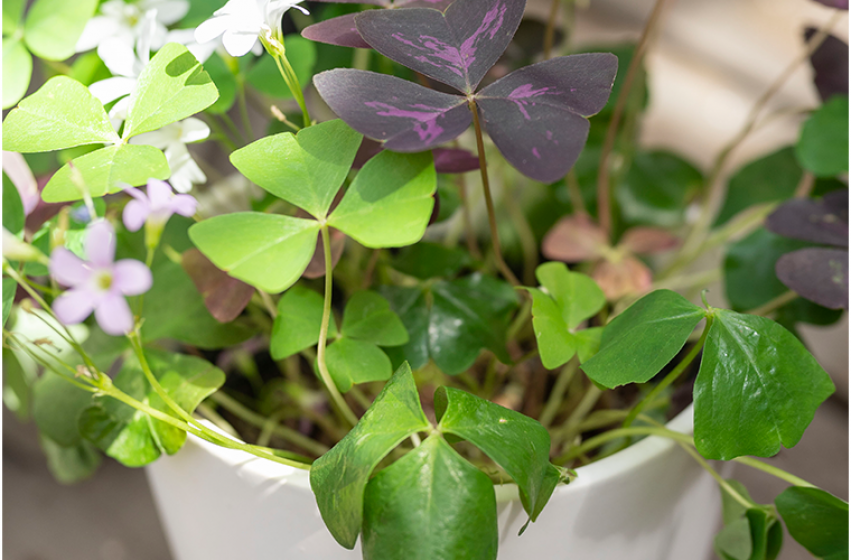 But what is a shamrock? The original Irish shamrock, spelled seamróg, which means, "summer plant" is said by many to be none other than white clover (Trifolium repens), a common lawn weed native to Ireland. This vigorous perennial grows in clusters of three heart-shaped leaves on a thin, green stem. Occasionally, a fourth leaflet will emerge, making a "four-leaf clover," and is believed to bring good luck to anyone who finds it.

The shamrock became symbolic in other ways as time went on. In the 19th century, it became a symbol of rebellion, and anyone wearing it risked death by hanging, hence the phrase "the wearin' o' the green". According to legend, the shamrock was a sacred plant to the Druids of Ireland, because its leaves formed a triad, and three was a mystical number in the Celtic religion. St. Patrick used the shamrock in the 5th century to illustrate the doctrine of the Holy Trinity as he introduced Christianity to Ireland. Today, the shamrock remains a strong sign of Irish pride and culture and remains a symbol of good luck throughout the world.