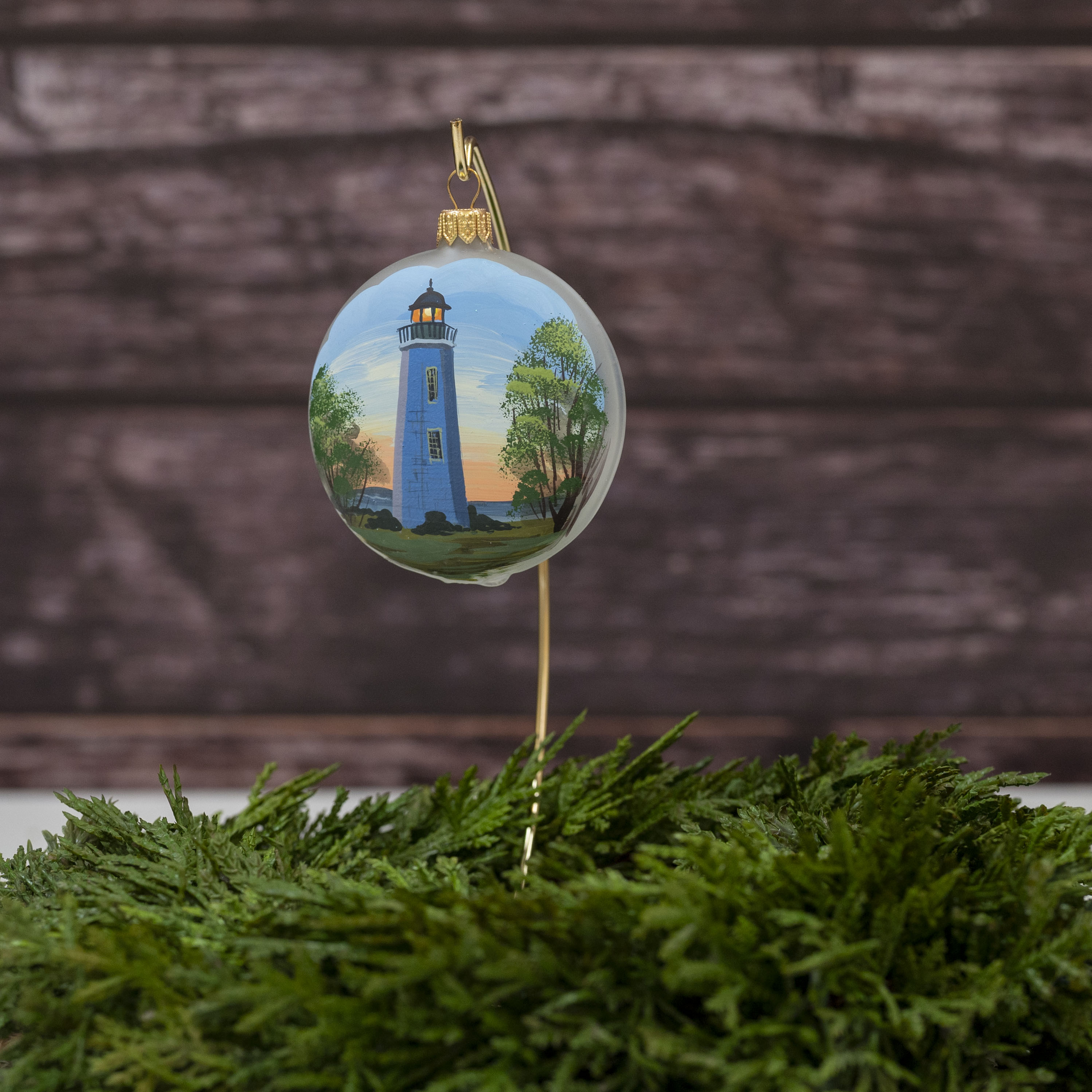 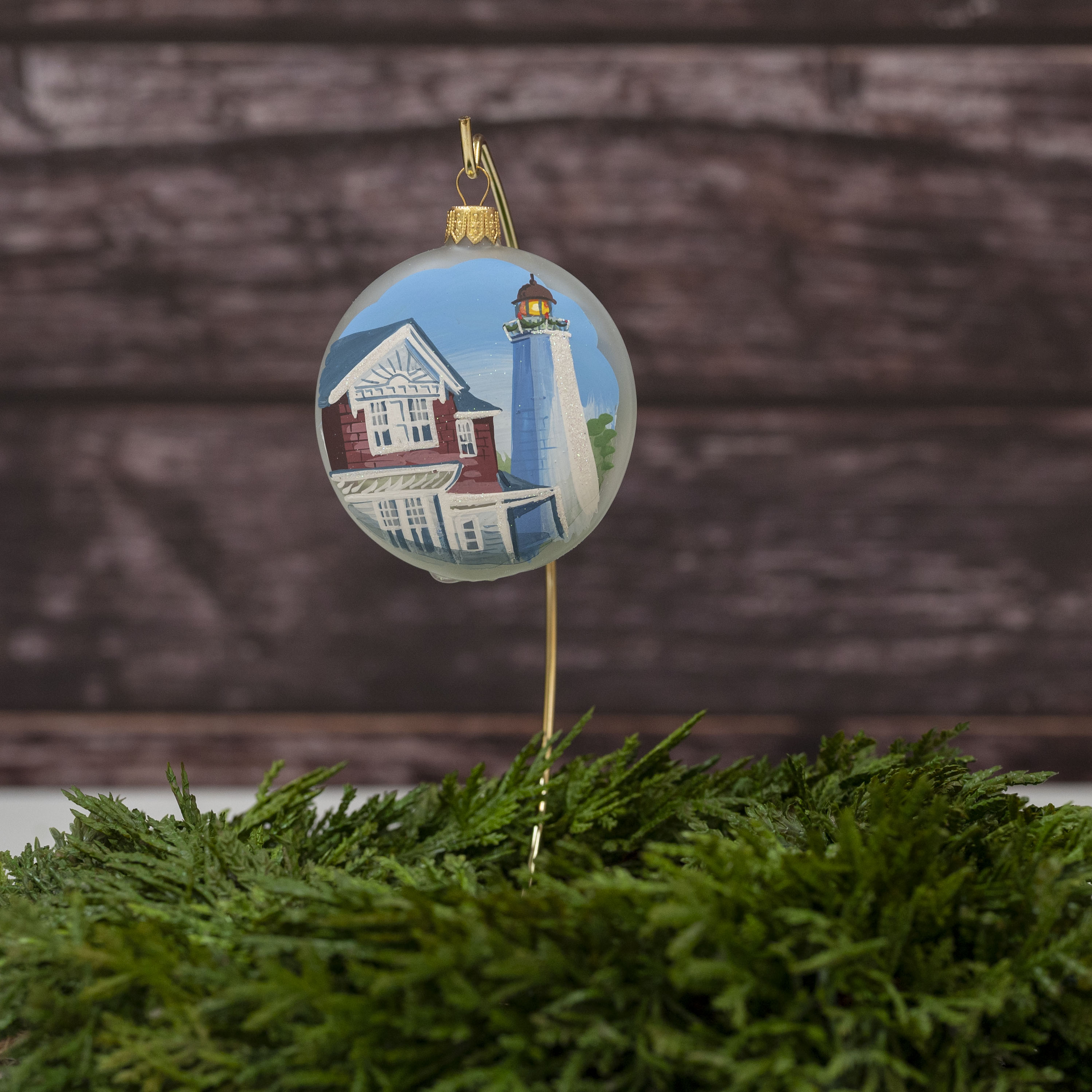 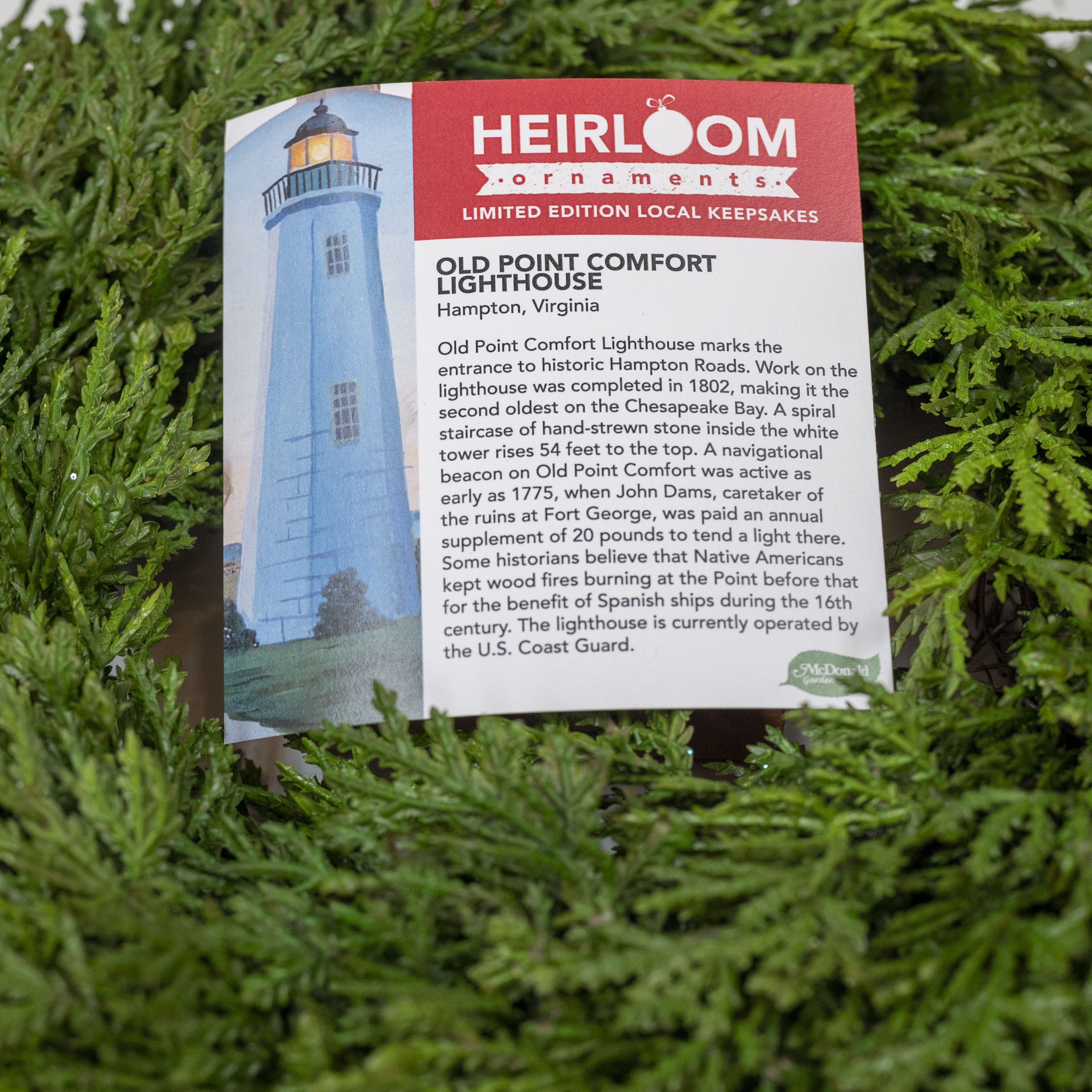 Old Point Comfort Lighthouse marks the entrance to historic Hampton Roads. Work on the lighthouse was completed in 1802, making it the second oldest on the Chesapeake Bay. A spiral staircase of hand-strewn stone inside the white tower rises 54 feet to the top. A navigational beacon on Old Point Comfort was active as early as 1775, when John Dams, caretaker of the ruins at Fort George, was paid an annual supplement of 20 pounds to tend a light there. Some historians believe that Native Americans kept wood fires burning at the Point before that for the benefit of Spanish ships during the 16th century. The lighthouse is currently operated by the U.S. Coast Guard.