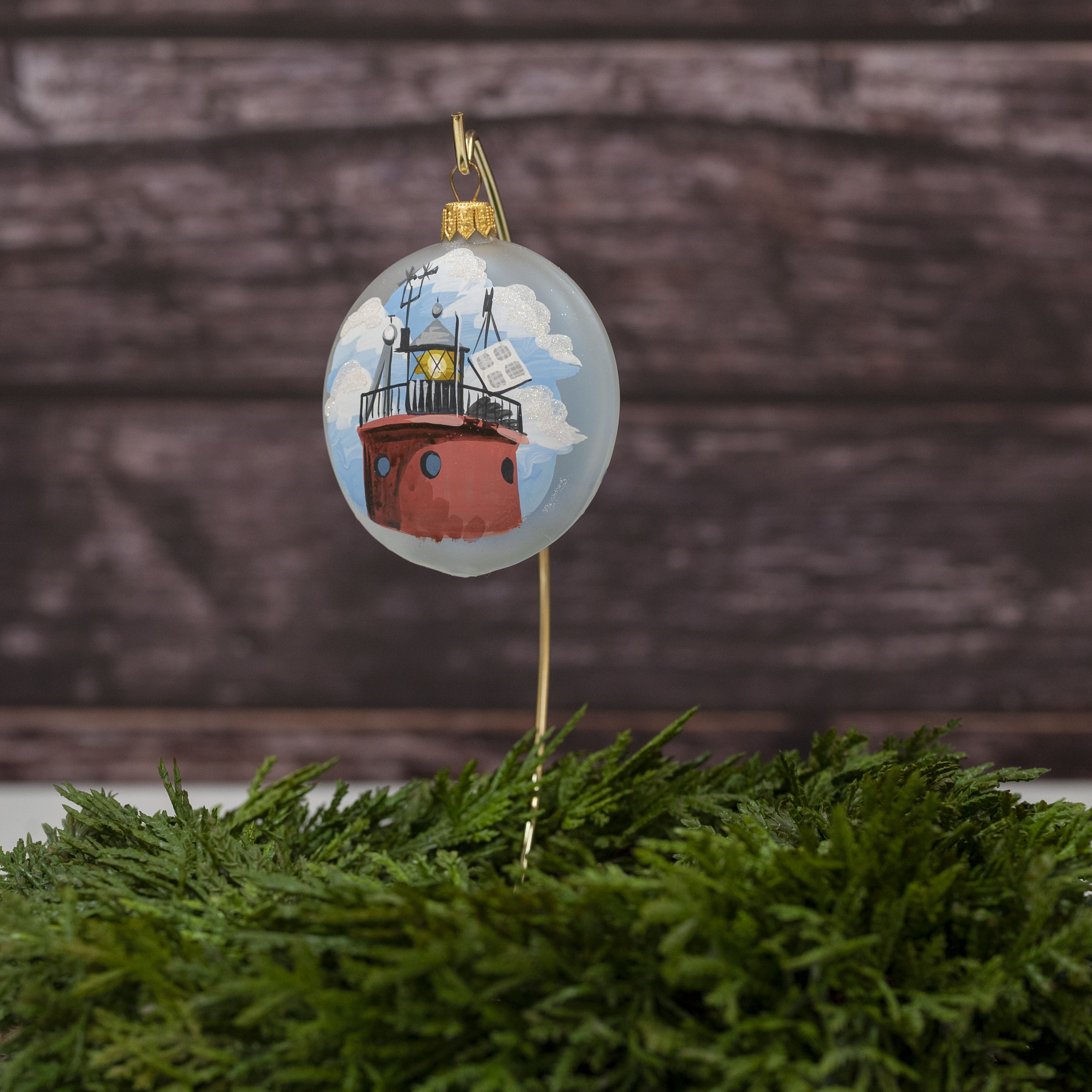 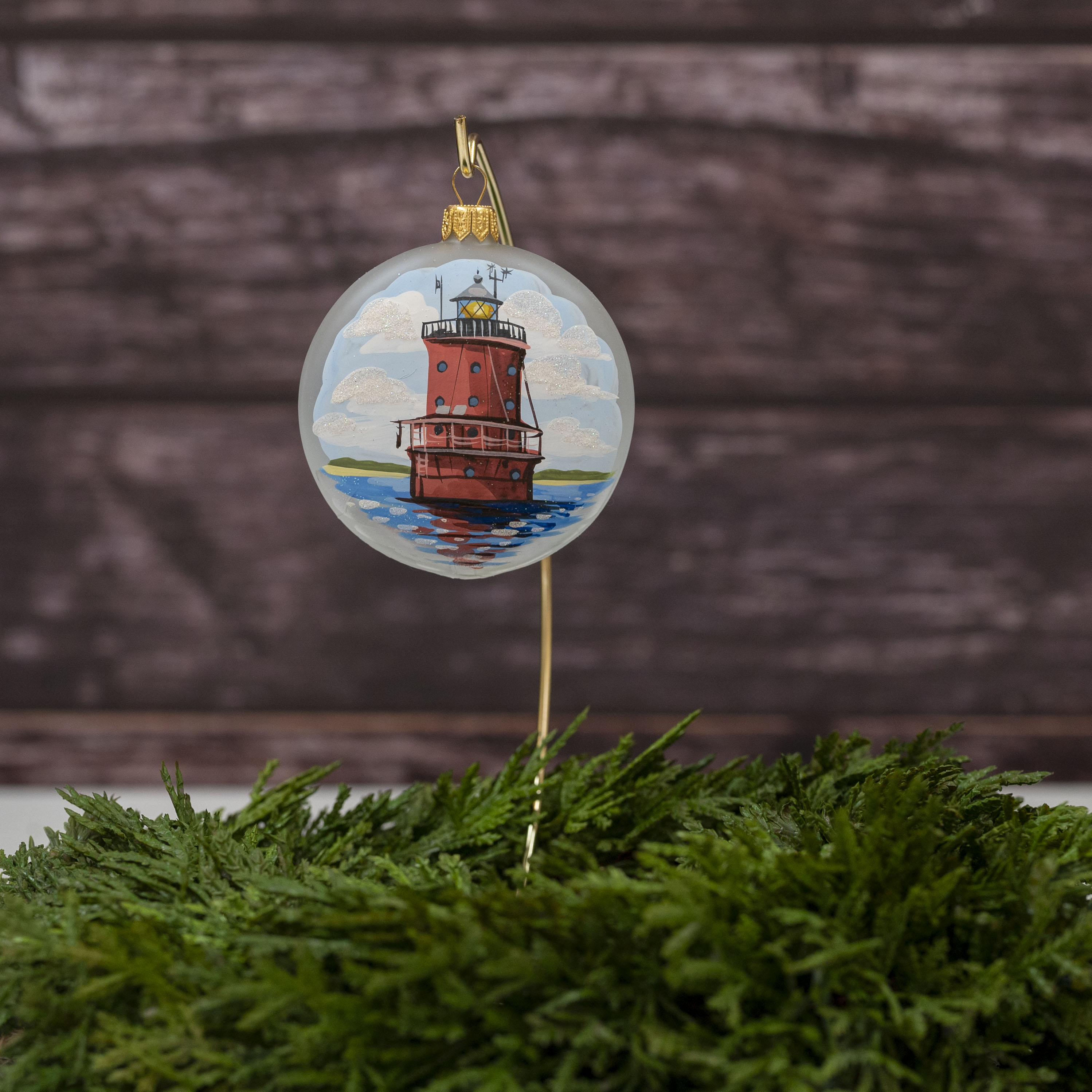 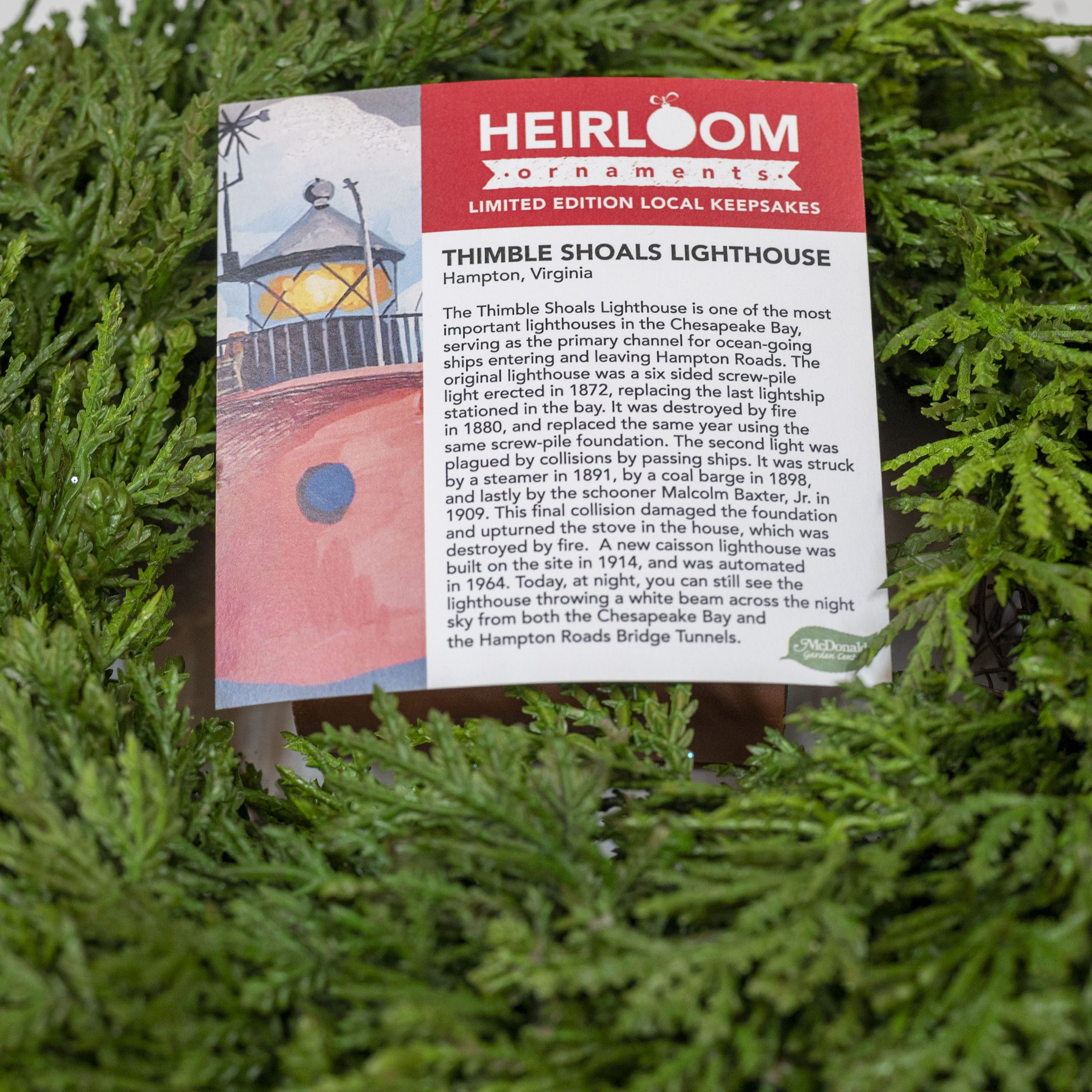 The Thimble Shoals Lighthouse is one of the most important lighthouses in the Chesapeake Bay, serving as the primary channel for ocean-going ships entering and leaving Hampton Roads. The original lighthouse was a six sided screw-pile light erected in 1872, replacing the last lightship stationed in the bay. It was destroyed by fire in 1880, and replaced the same year using the same screw-pile foundation. The second light was plagued by collisions by passing ships. It was struck by a steamer in 1891, by a coal barge in 1898, and lastly by the schooner Malcolm Baxter, Jr. in 1909. This final collision damaged the foundation and upturned the stove in the house, which was destroyed by fire.  A new caisson lighthouse was built on the site in 1914, and was automated in 1964. Today, at night, you can still see the lighthouse throwing a white beam across the night sky from both the Chesapeake Bay and the Hampton Roads Bridge Tunnels.